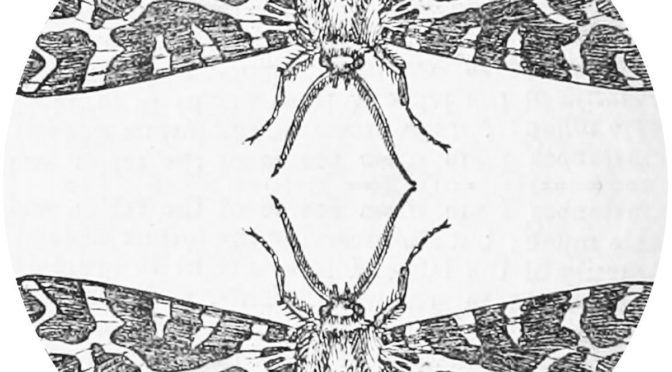 I’ve written before about the music of Jute Gyte, which I wrongly wrote as Jute Gryte at the time. The fascinating thing about Jute Gyte is that the music made by Adam Kalbach, the sole member, is highly experimental. He makes listeners  aware of a whole distinct musical movement that apparently exists. A movement exploring music’s unknown.

The result of that is often that the music of Jute Gyte is very much an acquired taste. It listens as an oddity for the listener thanks to complexity, wealth of uncommon sounds and droning core. ‘The Sparrow’ is the latest release by the, dare I say, avant-garde musician with a knack for the extreme. With just two songs, this is one hell of a ride.

The start of ‘The Sparrow’ should have been called ‘The Bees’, since that is the feeling of the song. A buzzing, droning festival of intensity hits the listener. Dissonant and almost on a pitch that simply annoys the hell out of you, the track soon reaches the point where roaring vocals disturb the droning. After a few minutes we vind a break, where just eerie sounds fill the sonic void left behind. After minutes of slithering sounds, a more tumultuous, cascading sound develops. Just under twenty minutes, the track hardly gets dull or unsurprising in its intensity.

As soon as you start putting Jute Gyte in the noise category, you realise that there is always a structure. Structure that is hard to determine because it is so different to what you know. ‘Monadanom’ is the second track with an almost equal length. Lacking the ferocious passages of the former, this track is a continuing drone fest of atonal, disjunctured passages launched into the distance. At some parts it sounds soothing and melancholic, in others it’s simply uncomfortable. But that is what the music of Jute Gyte does, it will force its presence upon you as a listener. That is what makes it so brilliant.