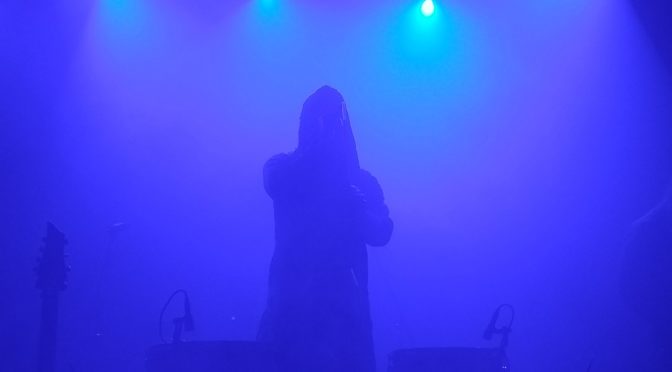 On a rainy wednesday night I headed to 013 in Tilburg. Originally I scheduled  an interview singer and composer Chris S.R. from Schammasch for a chat about their music. Thee insanity of modern day touring made an interview simply too much for the Swiss artist. Still, I went to check it out, because Batushka is always a charm and I’ve never seen Trepaneringsritualen before.

Opener is that act from Göteborg, which uses beat driven industrial to bark defiance at the gods over. It’s a strange act in this line-up, but thanks to the dark, gloomy atmosphere it just works. The sole member on stage generates a sense of magic with a performance that is as much a ritualistic experience as a commander barking words at you. Yeah, that works together actually.

Then we await the mighty Swiss band, who have just released their latest record ‘The Maldoror Chants: Hermaphrodite’. The EP format puzzles me since it seems to simply be a value judgment these days, more than a length indication. Regardless, a great listening experience after the opus magnus that is ‘Triangle’, with its 100 minutes of music over three records. 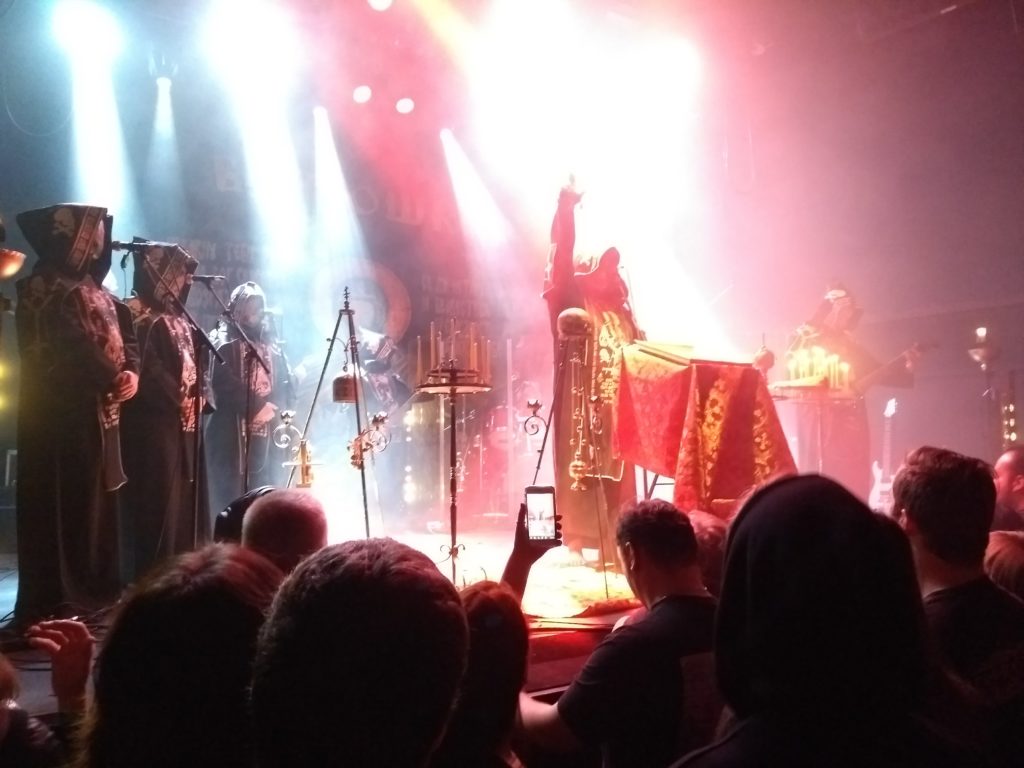 Schammasch starts of with drumming, setting the atmosphere of bombastic, grand music that combines black and doom elements with ambient and simple spoken word. Frontman Chris is adorned in a ritual garb and has his face painted black with gold. Call it an act if you will, it is more part of the message of spiritualism and art the band offers. Within the void of doom driven, rhythmic frames, the singer proclaims the words of Maldoror, with wide open eyes. The music stimulates your imagination, engages your body with the poetry of the Comte de Leautremont. The music simply immerses the listener, like a warm bath. As a frontman, the presence of Chris S.R. radiates conviction and strength, but also a remarkable absence of ego.

The set leaves you with an altered state of mind.

Then we head for the traditional orthodox mass, but turned onto its head. Batushka seems to struggle with some parts of the set-up but almost on time the band gets on the stage. Unfortunately, a draft blows out candles on one side of the stage, which the nameless priest tries to light anew a couple of times with no success. A guitarist gets stuck in the banner but once the band is settled, all that evaporates like snow in the burning fires of hell.

The sound of Batushka seems to have become more harmonious through the constant touring and the chanting has merged more and more with the black metal. That is good news because it makes the show even more captivating and removes the feeling that some moments are mere gimmicks. As a listener you simply allow the flow of the mass to carry you, with the bulky frontman as your impressive and confident guide.

In a haze of torrentous, though melodic black metal, Gregorian chanting and the smell of incense, one can truly experience the music of this Polish group of mystery man. The experience is good and complete, even with half the candles out.