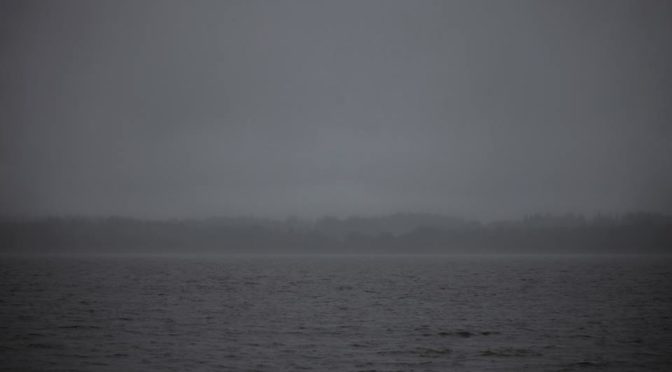 It’s music that sometimes helps to take you away from the dull, mundane affairs that fill our daily lives. We don’t all get to be sassy Instagram models, parading the luxurious holiday places or the exceptional bits of nature, some of us just need to join the daily drag. So do I.

These are tunes that take me to those places though, to the magical bits of nature that I can only dream about most of the time, the vast mountains and deep forests through synths, ambient and other forms of music. Follow the path, sometimes it’s overgrown and hard to find, but it’s there and leading far from the regular throng of people that stick to their Netflix and literary thriller reads. 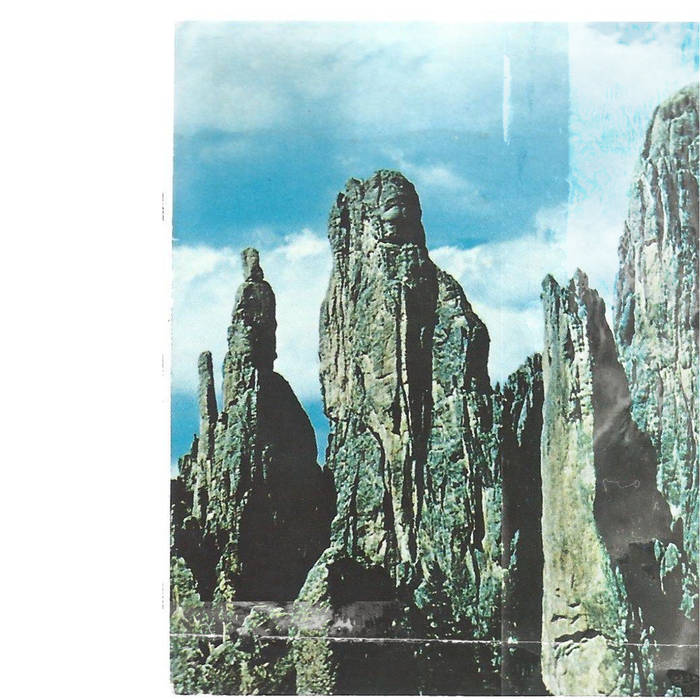 There’s hardly a more awe-inspiring image to present than a sheer face of rock. The pillars on this cover, truly captivate me and so does the mild drone that sets on as I launch this release by Caleb R.K. Williams. Under the name Kaya North, Williams is releasing a  project of improv music, next to the solo work, Eagle Stone, Old Green Mountain, Uktena Kult and Cosmic Canyon (and probably a dozen other). All projects of ambient, nature-inspired. This record just offers the drones with little ripples, like the tiny holds and nooks you’ll find in the rock. It’s booming, with the odd sound of a circling bird of prey resounding through the booming tunes. There’s a tension in the sound, that you recognize when you’ve ever climbed a rock face with little between you than the rope, a next clip a meter or three ahead and your trembling fingers. It’s a feeling you can barely describe, but you can capture it in sound it turns out. 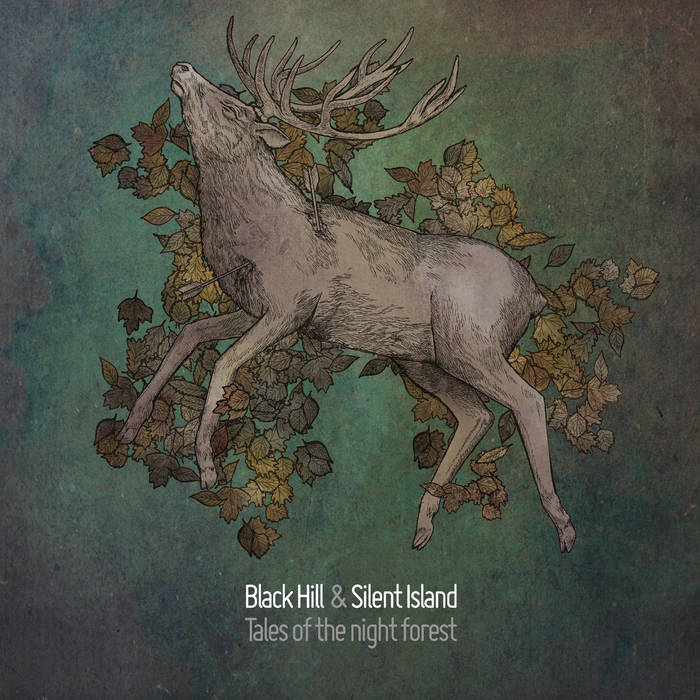 The artwork by Kapiller Ferenc is easily confused by me for that of Costin Chioreanu. It depicts nature as something idyllic, something almost perfectly outlined in the green, vibrant and natural colors he uses. It’s perfect over by this release of Black Hill & Silent Forest. A duo of projects that mash into the postrocky storytelling on ‘Tales of the Night Forest’. Like a gentle, babbling brook the guitars flow by. The lack of drums help to diminish any ostentatious flourish in the music, keeping the flow tranquil and soft. From the elusive ‘The gathering of deer’ to the melancholy of ‘An old owl calling’, the album keeps you in a state of flux, just as a witness to the beauty and pleasant harmony of the forest. An absolute pleasure to dwell within the tunes of Black Hill & Silent Forest for a while, no matter the pressure you’re currently feeling. 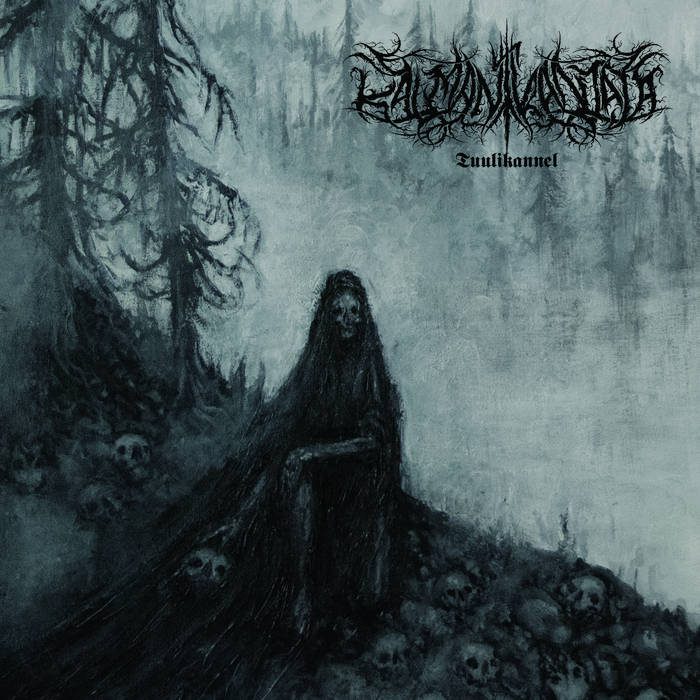 Kalmankantaja translates as ‘death bearer’ and is a black metal band from Finland, who uses a lot of synth and atmosphere in his music. An odd including perhaps in this aural traverse, but his easy flow makes his work as immersive to me as the others, so I gladly sidestep tot the shimmering stream of black metal that opens ‘Tuulikannel’ with ‘Aarnihauta’, a track that will last up to 14 minutes. The progression on both tracks is slow, with the occasional guttural scream emerging from the murky mists of the forests the sound appears to emulate. On the second track, we encounter a melancholic dirge, that repeats and meanders onward for minutes. Even when the music swells to a more rocking sound, there’s always that hint of continuity and an endless stream moving forward on ‘Tuulikannel’. The vocals sound hateful, but this is merely a crust to the deep greyness of the music. Which is wonderful… 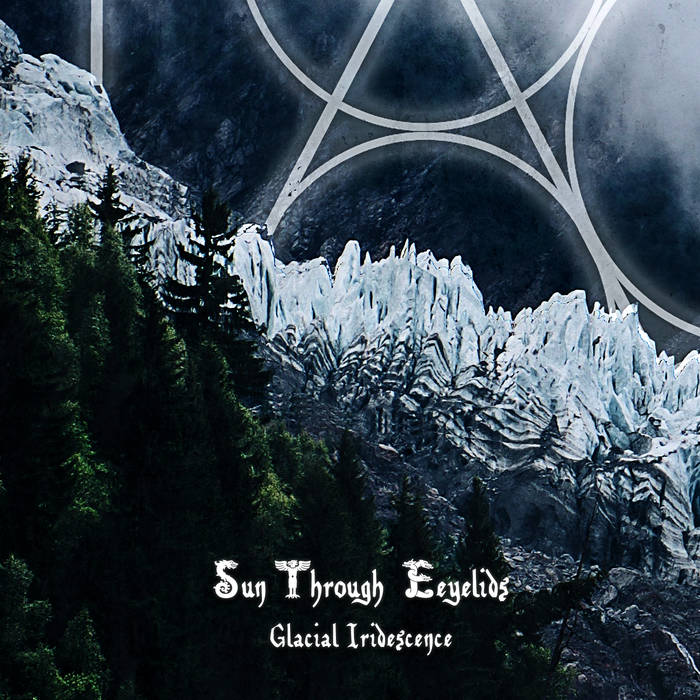 But let us step back into nature with Sun Through Eyelids. A deep ambient act, consisting of Tom Necklen and Meghan Wood. On ‘Glacial Iridescence’ they take you to an eerie polar landscape or an Alpine glacier, where they freely explore sounds and let nature offer its healing magic to the listener on the drony tunes of ‘Shelter of the Taiga’ or ‘Subarctic Oasis’. Booming sounds, with reverb attached to its edges, gets complemented with distant music and cold keys, maybe with a mouth harp here and there? It sounds like the buzzing of an insect as astral waves wash over you. Yet as you stick with the sound, your blood seems to thrum in your veins and your ears feel like they are in the middle of the sound instead of simply receiving it. An almost transcendental experience looms, with the sound of water, birds and nature, all acting in harmony and pure majesty together, not needing humanity one bit for its perennial cycle and balance. 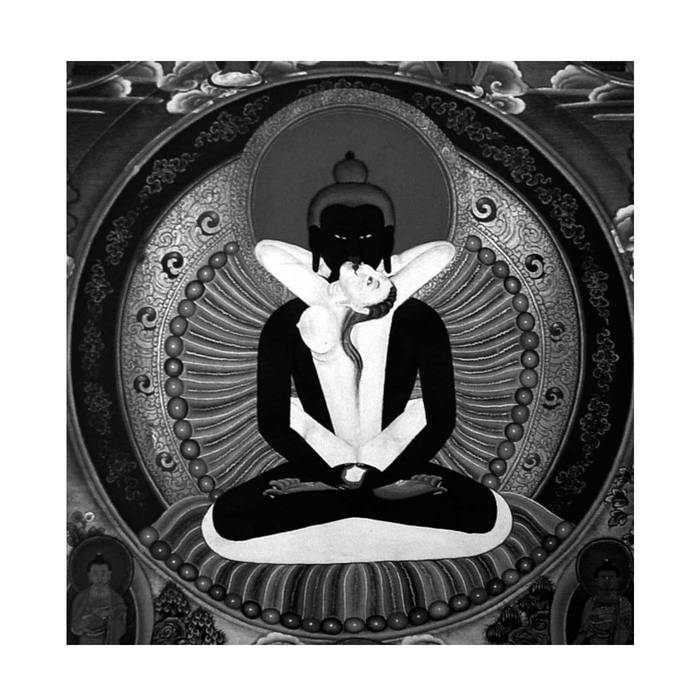 Oneiromancery is a form of divination based on dreams, which is quite an apt name for the act that provides the first side of this record. Titled ‘Dukkha’, it’s a slow waxing and waning of tumultuous drones and odd chanting, which feels as if it gets lost in the sounds of the wind. The droning keeps intensifying, forming a wall that drowns you in it, drowns the noise in your head and takes you to a place of tranquility. A valuable experience, when you’re caught up in thinking instead of doing. Subtle melodies weave through, but not at regular speeds but briefly rising from the noise and sinking again. ‘Naljor’ by MAW then just slithers by mostly, in near silence, with far-removed sounds, but ending in what feels like a guitar wall. A mystical experience, all in all, this release.