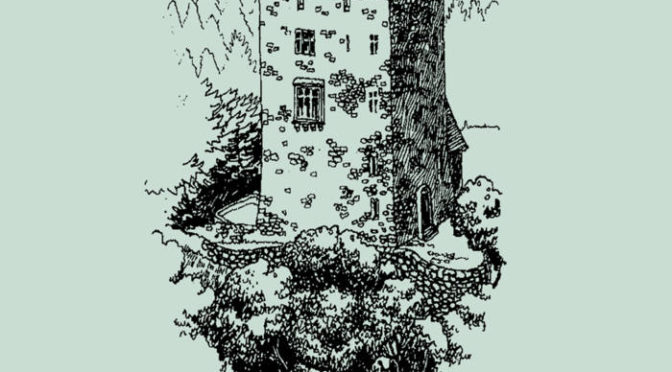 In a magical story, the record ‘The Manuscript’ sprang from a magical manuscript, found by Scriptor Hiberniae. It’s marvelous layout and caligraphy fascinates him, but when it is taken home it starts to glow, transforms into a humanoid creature and leaves to cause mischief. After an investigation, it turns out that a pagan chieftain had himself resurrected into an ecclesiastical script of gold. Maybe Satanic interference is at work? The scholar never manages to work further on his research, as he is apprehended and burned at the stake under suspicion of sorcery.

This is the wild story for this record of gloomy dungeon synth from the Irish island, but it can hardly be left out. The label Celtic Wraith, that released this happens to be from the same artist (whose name I have not been able to deduce). Regardless, this is some fine dungeon synth for you to admire.

There are light-hearted tones, giving the pixie-like light step to the sound (like the intro of ‘Magical Manuscript’), but it’s only for brief moments that it is the more illuminating factor for the Scriptor Hiberniae’s overgrowth and dark, dusty libraries of ‘Scriptorium’. Relying heavily on bass tones, the sound has a dark and foreboding atmosphere, which is befitting of the traditional dungeon synth sound. What really sets SH apart, is the attempt at storytelling through the minimal means of the genres instrumentarium.

At times the record embraces dark and gloomy sounds, almost pounding heavily when the somber and dark parts of the story come by. On ‘Kept Records of Activity in this Area’, the lighter tones take on a more frantic pace. Effects enrich the sounds to create an atmosphere of upheaval and nervousness. The record ends with the grim ‘Infernal Burning’. Finality to the story is given with the crackling sound of fire when the scriptor ends up on the pire.