Probably a perennial discussion Memoriam among Montville those gifted with the geek gen. Which is the best? Both must agree that the latter incarnations of both sucked. I mean, Jar Jar Binks and the later series… I’m still in doubt about those new films. Anyways, this comparison doesnt work.

So I’ve endeavoured to list a contest on my terms, where not everything is fair. If you really let it come to a fight, a lightsaber cuts you in two while the phasers are set to stun. Princess Leia would not put on that dress cheap nba jerseys if she wasnt forced to by Jabba and Jean-Luc Picard may not be such a swagger as Han Solo, he does get shit done. The force is like all powerful. Nothing is really balanced is it?

Who owns that shit?
While Star Trek is owned by CBS and Paramount, both respected companies for some things and less for other Milk productions, Star Wars has a big disadvantage here. Why? Because Disney owns their shit and has just discarded half of its awesome mythology (Exar-Kun for the win!). Now, with the new films I’m still sceptical about the future of Star Trek (atleast it has a future now). Still, this round goes to Starfleet.
ST 1 – SW 0

Apart from Obi-Wan Kenobi (old and new), Qui’gon Jin (come on, Liam Neesson always rocks) and Han Solo, Star Wars has little to offer. Oh, there’s a massive score for Boba Fett, Darth Vader, Yoda, Mace Windu and ofcourse Admiral Ackbar. It has to contend with the likes of Kirk, Picard, Spock, Data, Sulu, Scott, Bones and ofcourse Wesley Crusher! Oh, they also have Khan ofcourse, both the new and old awesome. This round goes to Star Wars though, Darth Vader on his own would be hard to beat, but that with Yoda and so on… oh, Darth Maul too and Count Dooku. This must be clear enough by now, the empire strikes back!
ST 1 – SW 1

William Fucking Shatner! Leonard Nimoy and George Takei! Patrick Steward, Brent Spiner and ofcourse Wil Wheaton (I don’t care what you think, his stuff is geektastic). There’s ofcourse some actors in the new films of Star Wars who are cool. Ewan McGregor, Liam Neesson, Samuel L. Jackson and Nathalie Portman are all great people. cheap nfl jerseys Yeah, Harrisson Ford is also quite cool. The new Star Trek films added Zachary Quinto, Simon Pegg (yay!) and Benedict Cumberbatch to their line-up. Christopher Lee is not enough to tip the scales (though how cool is his metal stuff?).
ST 2 – SW 1

Technology/Civilization
You may think that this goes to Star Wars easily, but the civilization only has a certain amount of stability unter wholesale nfl jerseys the tyranny of the Empire. The empire is basically a military power like a Roman Empire or maybe something less positive (calling them nazi’s is a bit too strong though). On many fronts the whole Star Wars is in some pseudo-medieval status with some crusader dudes who wield close combat weapons where you can nuke planets. Star Trek is on that Galactic mission of peace and prosperity, their humanity is an enlightened humanity (well, you can have your doubts about Captain Kirk ofcourse). Spock even gets it to a higher level with his rationalism. For me Starfleet embodies ideals like that ahead of the European Union (regardless of its cheap mlb jerseys current failings). I like that, so I’m giving this one to them #1 too.
ST 3 – SW 1

Bad guys
So this is pretty predictable, isn’t it? Darth €3M Vader, The Emperor, Darth Maul, Count Dooku, Jar Jar Binks… Iconic badasses that everyone recognizes. Oh, and ofcourse Sand People, Jawa’s and big ass monsters. Star Trek has the Borg, Romulans and Klingons. Individuals like Khan don’t compete with that arsenal of the Star Wars universe. Jabba! I forgot Jabba! Well, obviously there’s tons of intriguing enemies in Star Trek, but none really stuck. That’s alright for the series itself, but it loses this battle.
ST 3 – SW 2 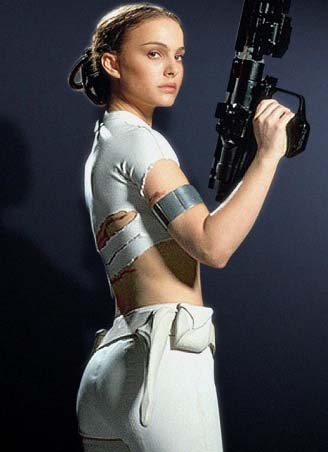 Are you into Twileks? I never really fancied Princes Leia to be honest, too much shouting, to covering dresses and just not that hawt. Yeah she had that slavegirl costume, but she wouldn’t wear it in private circumstances obviously… So that leaves Nathalie Portman, who is the kind of girl you’d sell bodyparts for to be with.

This is what Star Trek has to offer and I think this list makes up for Nathalie Portman. So this one is a tie… Just kidding, how could this rapping, badass chick not win this one?

Geekiness
No matter how dumb those rattails and funky jedi haircuts look, nothing can live up to the trekkie costume. There is no World! contest on this front at all. Now, the question is ofcourse how to judge this cheap nba jerseys item. I’m just gonna let Star Trek win this one. I like Star Trek better. There.