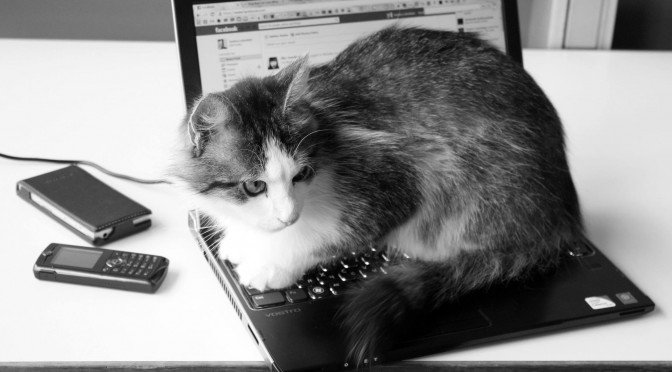 Last saturday night I left one of our windows open. It was not the brightest thing to do, so around one o’clock I checked the place and found Lenny the cat was gone. Lenny left through the window.

That was a scary moment, I mean, you have no clue where the cat is and he’s not in any of his normal weird places. So I woke up my girlfriend and we started the hunt. There’s a whole range of emotions going through your head at that moment, making this a rollercoaster experience.

Why the hell did he jump? Where did he go? Do you think he stopped anywhere, is he still around? What about Frankie (our other, very dependent cat, who cant be alone). THe idea of not finding this little cat, that we took in when no one seemed to want him, was terrible and haunting. The loneliness of Frankie, our pain of loss… Things you start considering.

After two hours of searching, wee both cried like babies. It’s a sense of despair and failure, I havent felt in a long time. We put out some adverts in the middle of the night and holding on to our other cat we fell asleep. A troubled sleep, full of worries and fear. Half asleep…

Then the door bell rang and our neighbour was in front of it, she was letting some guests out of the building and found a crying kitty in front of the door. Tough Lenny, the escapist, braving the world had returned bawling, stressed and dirty and was now back home, like the prodigal son. The surge of relief in my half sleeping state was intense, like a cloud disappearing in front of the sun. I could only stammer thank you a bunch of times and wished her a goodnight.

I slept like a baby after that. So did Lenny I think… And Frankie too. It made me think, we started caring so much about a little cat in the last years. It made me feel the full weight of the responsibility of taking care for another living being, which is quite frankly something new. This thing called adulthood, it weighs heavy on me now and then. The idea that you need to get married, get kids and all… It’s heavy. But in a way, this made me feel more confident about it.

I may always be a bit of a kid myself, but atleast I feel responsible for what I take on in a serious way. Cats are not kids, but I might even be ready for that. I guess adulthood might start to appeal to me after all and I feel ready for those scary future things.