I’ve been reading a lot again, so theres a list of the books of this month with writings by Salvatore, Houellebecq, Kinna and Reynolds. Really good stuff, so yeah.

R.A. Salvatore – The Sundering: The Companions

I am not yet certain what my thoughts are on the tragic deaths of the companions of the hall, the long journey of Drizzt Do’Urden to find peace in Irruladoon in the following books and then the strange turn of events where they are all revived. Certainly, I hated saying goodbye to this group of characters from the D&D universe, but the story had ended after the Neverwinter Saga, a journey I started ironically here where it all ended. So this is the book where we start again, once more onto the breach! The characters start their journeys in new body’s after a gift from Miellikki to adulthood for a new and greater challenge at the sides of Drizzt. A fascinating look into the soul of these figures.

The Sundering is a series of novels, preparing the world for the next edition of D&D, which has become the 5th edition. Since that is the one I play, I did really enjoy this shift in the realms. The great part is that the foundations are layed for the 5th edition campaigns, where the companions play a minor role in the shaping of the world. It’s a well written story, and again Salvatore shows to be more than just a bread writer when he delves into the characters of Catti-Brie, Bruenor and Regis. I thoroughly enjoyed reading this book and now I’m keen to start my first great campaign.

Somewhere in the past I might have read this descent into madness by French writer Hoellebecq. What I like about his writing is the dark edges, the grimy worldview and the inhumanity of humanity. In this book, his debut I should add, he really displays all of that. The book is mostly written in a monologue of the main character, who is experiencing… well… Very little perhaps? Life is a drag filled with mediocrity and the cynicism of the protagonist is all that keeps him afloat. No other human really seems to touch him or get involved with him on any real level. Life becomes very, very gray.

It all changes when the protagonist becomes ill and has to drop out of the tour of France, to train people in the new software the company sells. After a short introspective period in the hospital he joins his colleague again, who desperately tries to seduce some girl in a disco. In a brutal, sick plan he tries to convince his colleague to murder the girl. The colleague fails and dies on his way home in a car crash. The protagonist sinks away even deeper after this. The defeatist story illustrates the view that the sexual revolution has not brought us more freedom on that front, but a system of capitalism. Of offer and demand, where some win and some lose in the tragical desire for contact.

Anarchism is a vast political movement, stretching years, but rarely properly analysed. Usually the concept is simply translated into ‘chaos’ or ‘rebellion’. Anarchism is so much more though, but surprisingly hard to understand thanks to our connotations with it ánd our rather brainwashed state of mind. I use that term lightly, because the brainwashing is simply the state of the world we live in. What you know is easily the normal thing, what is new is harder to grasp. In this book Kinna captures the history of anarchism as a political idea, it’s development and its core principles in an elaborate but very clear cut way.

Tracing a route from Proudhon andThoreau to  Tolstoj, Bakunin and Kropotkin, Kinna outlines the great thinkers in the context of their time, moving on to the likes of Nestor Makhhno, Errico Malatesta, Emma Goldman and so fort all the way to Chomsky. Illuminating is the successtory’s of early anarchism in the period from the 1850’s to the 1930’s, where it was fighting over heavily contested terrain with the communists. All in all, this is a great read to get yourself acquainted with anarchism and what it means, can be and how it it shapes the world. That’s a whole lot more informed than posting Rote Armee Fraction pictures on your facebook timeline and calling yourself a rebel…

I’ve really enjoyed the book Reynolds made his debut with, ‘Rip it up and start again’. The powerful title really sums up the postpunk movement. In this book Reynolds sort of picks up at the end of that book, but instead of steady chapters we find a collection of the journalistic writings of Reynolds, who lived through the described period as a music journalist. The pieces are journalistic pieces on certain key moments, albums and movements as Reynolds perceived them. The articles also have some current-day commentary added to them, allowing the author to add a modern day look to the equasion.

To me the fascinating thing is how Reynolds weaves together articles about rock music, grunge, hiphop and the growing techno/drum’n’bass scene. The need for noise, rebellion and urban narrative is woven through all these aspects, which Reynolds translates to cultural terms and clarifiers. The link between hiphops lyrical matter, beat and ideology is related to punk, but also to the roots of the movement, it’s location and predecessors in a clear and complete manner. It’s interesting how the author really writes as if he’s the chronicler of the music scene. A worthy read 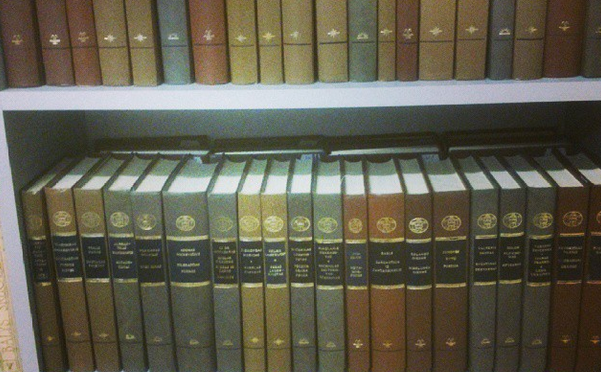 I’ve been reading a lot of books, but I guess too many at the same time. The progress has been slow, sorry about that. I’ll give you some here that I feel you might want to know about.

Henry Rollins – Get In The Van

As a huge Rollins fan I obviously had to read his magnum opus, or atleast his most discussed work to date. I have heard Henry mock his own book in many of his spoken word performances and on his podcast (Henry & Heidi, it’s awesome). I read this mostly during my holiday, it tells the story of the Black Flag years up till the phonecall when Greg Ginn dissolves the band (well, he quits his own band which is kinda the same thing….). It’s a harrowing, dark journey with many grim passages, ugly truths and ugly people and a personal journey. I’m not sure if I enjoyed it, it felt cathartic.

The writing is extremely raw, direct and not really the most literal form of writing. It’s an expression of angst and anxiety in a situation that amplifies anything to the max. As a reader, you start wondering why Henry Rollins ever decided to be in a band and tour the world, because it sounds horrible. There are beams of light now and then though, there are moments where the beauty of it all shines through, but they are rare. I have little right of speaking, since I was not there, but this may be the ultimate book embodying the USA punkrock scene and its grimy origins.

Rarely have I been touched by a book the way this did. The book is about James, but also about Bob. James had a pretty rough life after he moved to London for 6 months to persue music. He got kicked out of his sisters house, lived on the street in a haze of drugs, theft and survival. When we meet James, he’s on the way back from the addiction, trying to kick it. He’s busking on the streets of London when he finds a cat in the hallway of his appartment. It takes a while for them to get together, but it changes the world.

The cat is soon named Bob and he becomes the companion of James… Or James the companion of Bob. James Bowen writes  a compelling story that captivates the attention and love of anyone who has a pet themselves. Its his life, but also the life of someone that loves a pet and treats it in that way. I think its a beautiful story of what it means to care and be responsible. How a cat brings out the very best in a person. I truly love this book and would recommend it to anyone.

The concept of this book was already baffling to me. Imagine the Führer waking up in this time and age and going about his business? Well, that is pretty much what Vermes must have been thinking when he started working on his debut. Hitler wakes up in Berlin in 2011 and sets about his business to conquer the world and win the hearts of his people once again. It leads to a surprising series of stories, a frightning view into our media-culture and the humanizing of who is generally considered the ultimate devil of history.

Vermes manages to be witty as well as completely critical of current society and manages to show how Hitler could easily rise to power in current mass media. Our inability to distinguish between threat and humor is a sharp pang in the gut to those who feel offended by this book. The most beautiful thing is how Hitler becomes a human. I’m no fan of the politics, but the hypocrisie of a whole Europe pretending Hitlers ideas are mad forget that there were massive votes in Germany but also outside of it for similar minded parties. Still we love our shouty populists, who are just as human as we are. Their beliefs are just a little creepy.

Anarchism is now in everyones mind the politics of bomb throwing leftists students, who have nothing better to do and live in filthy squats wearing Ché Guevarra shirts. That would be wrong. Colin Ward explains in this brief book the origins and outlines of the one political system we’ve never actually tried out and how it has evolved from an ideal to a solution that can be seen in education and health care around the world.

He focusses on the key figures and events that shaped the current philosophic idea about anarchism. Interesting and rather unknown to most is the episode of brief anarchy in practise in Spain, before the fascist regime took over for decades. Ward manages to illuminate a forgotten topic, which is much, much more relevant today than we may think and offers much more than just flipping your finger at the ‘man’.