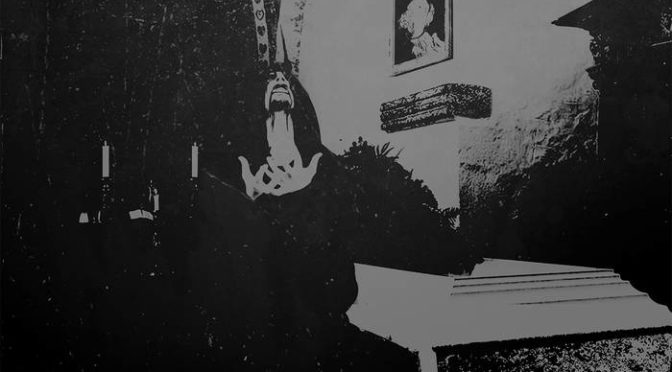 Pa Vesh En has been remarkably busy in 2018, releasing a demo, an EP and a split record. Now the mysterious entity adds the full-length ‘Church of Bones’ to the mix, which is a dark and lugubrious record full of unholy black metal in the darkest form.

Hailing from Belarus is a fact that simply adds to the charm and aura of darkness surrounding this grim sounding act. The title is an obvious reference to the Ossuary, the underground places filled with bones and remnants of the deceased. Something that today fills us with horror and dread, but what once was simply a practical solution to an issue of space.

The lo-fi recording style makes the sound a gurgling, swampy mess of dark and disgusting consistency. Its miserable expression is very much the forming aspect of the art that is ‘The Wilderness of Cursed Souls’. Mad ramblings, pitiful utterings and gibbering wails fill the air as the song unfolds into a wall of sound. Eerie, high notes soar through the clouds of distortion, linking up the sound of Pa Vesh En with the DSBM experience. At times this falls into pure ramblings, like during the messy ‘A Funeral Procession’, but that is part of the expression.
You are almost forced to up the volume, as the hazy sound veritably obscures the nuances and horror of the music on ‘La Vaise Macabra’. This shapes a sound that becomes more and more ambient black metal orientated, molding into a shapeless mass at times. Yet, this record is sticky in its own persistent way and nothing really escapes the wrath of Pa Vesh En on this dark release. Make sure to check it out. 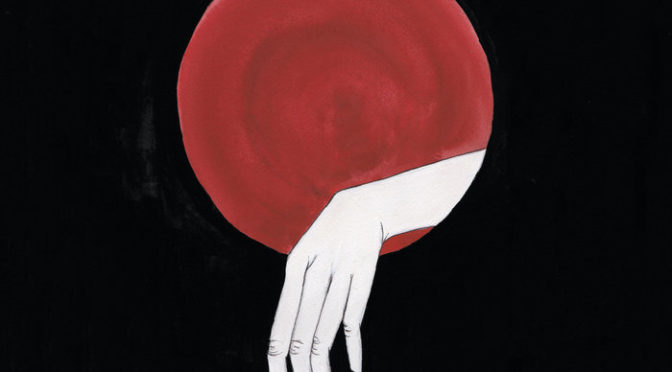 Taking their name from an Alfred Jarry novel, Bosse-de-Nage is a group that follows along in the wake of renewers for one of the most conservative music styles in the galaxy. Their new album ‘Further Still’ does retain a pretty recognizable sound and hardly does harm to black metal’s integrity. Others will say different.

The previous record ‘All Fours’ had a bit of a dadaist cover and literature references are hidden in plain sight with the Californian band. Blending a feisty bit of hardcore into their sound, this is a continuous show of force by the band, who clearly know how to play a tune on their third record.

The wave of riffing is like a sudden gale of wind you have to work against as listener, but as soon as you find its harmony you are set. The music contains a mellow melody, woven through all aspects of their sound. Yet, notable are the barked, hardcore-style vocals by Bryan Manning. It’s as in a flash that ‘The Trench’ and ‘Down Here’ surge past you with their fury and despair in delivery, but it’s some tight stuff too! Certainly, the cleanliness still fits the blackgaze label, but an artistic vibe molds it to a more clean-cut black metal vibe.

The production is spotless, creating that harmonious flow in the sound with a bit of that driven postrock effect on a tune like ‘Crux’ (check the intro). The most grabbing thing about Bosse-de-Nage is the level of emotion in the music. Combining in your face vocals with blackgazy guitars works like a charm on this fascinating album. Perhaps it’s singularity becomes a bit of a grey unity in its completion, but that just depends on your attention span. Anyways, when you reach ‘A Faraway Place’, a fiery blast hits you with full energy and vitality. This is where we have a full taste of what this band can offer, which might be more forceful than the Deafheavens of this world, leaning to Harakiri for the Sky.