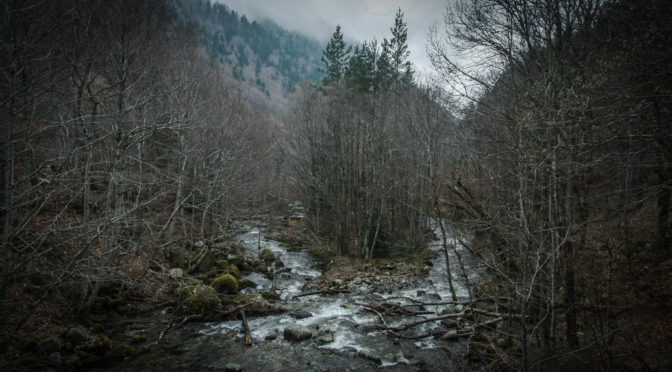 The colder days of January are always a time for contemplation. To dream, to wonder, to sleep and recuperate, as the icy cold takes hold of the land. It’s where you prepare and have time a plenty to fill your head with wistful memories of places never seen and myths never witnessed.

It’s also a time when the forest becomes more haunting, more dark in it’s slumbering days of winter. When leaves have fallen and the darkness descends earlier with a gibbous moon shining through the branches. It is at that time, when music can become ever so much more powerful. It can tell you of places untold and that is what these records do. 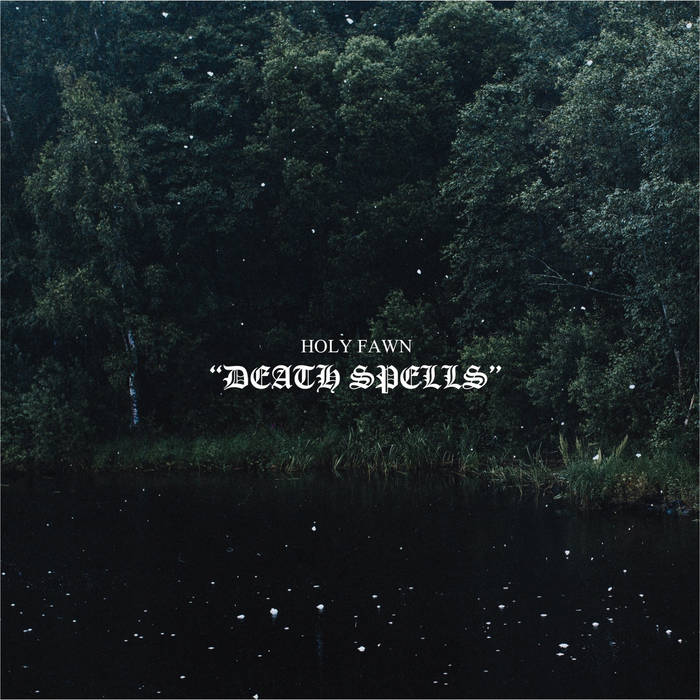 Nothing hits you quite as hard as some solid wall of sound delivered by Holy Fawn. The band may work with sounds that are both ethereal and translucent at times, the full wave of the shoegazy sound just slams into you on opener ‘Dark Stone’. Their tagline says ‘Loud heavy Pretty Noises’, and this is surprisingly apt. Perhaps you can compare the organic sound of the band with Icelanders Sigur Ros, who have that same mythical side to their sound. At times the shifts are very tangible, adding a little jolt to your experience in songs that feel oddly complex.

Holy Fawn is an immersion, a fall into the full sound of the Arizona group on a record that is enthralling to the listener from start to finish. 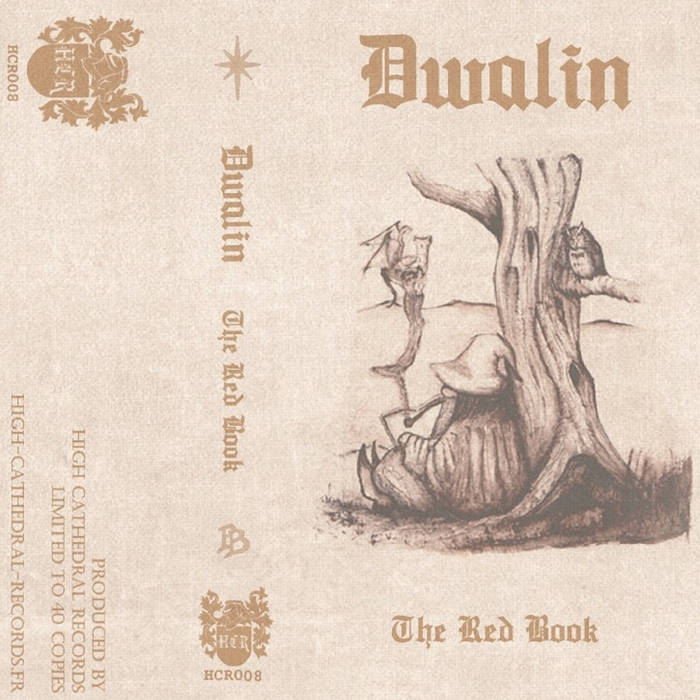 If you learned about Lord of the Rings in the post-movie age, you might not know what The Red Book is, but for those who do it is an instant gateway to adventure. No, thank you very much, good morning! Dwalin produces traditional dungeon synth of the more open and wavery kind, based on the works of Tolkien.  With sonorous passages and samples from the classical animated ‘The Hobbit’ film, it forms the narrative of this beloved work of literature. The long, meandering tracks offer a great backdrop for re-reading it actually, but also for your own exploration. It’s a narrative record, with one very notable and peculiar exception and that is the ‘bonus’ song ‘Dreams of Eschaton’, which is a Manilla Road cover. It only lasts 1,5 minute, but it completely takes you off guard with the dreamy vocals and acoustics. 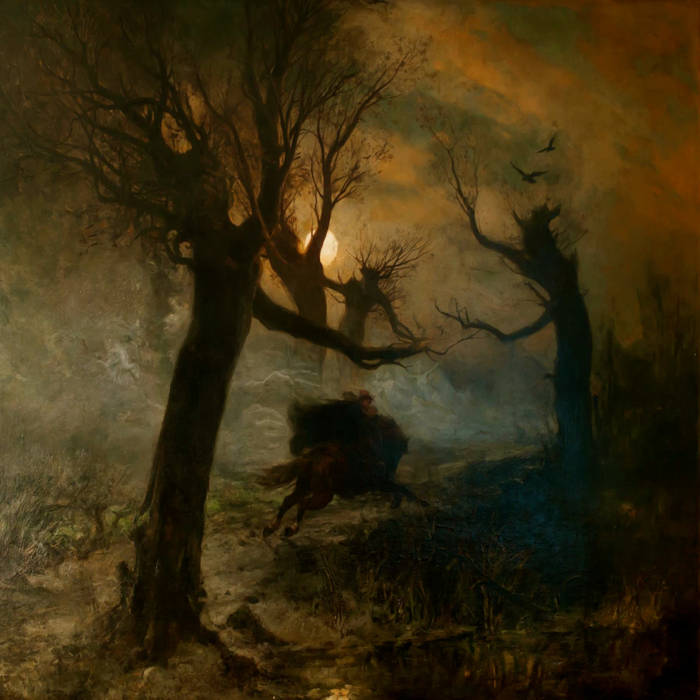 Ever taken a walk on a stormy day in nature? This is the sound of wandering in the darkness when the trees become ominous and looming and every shadow lives life on its own. It is the music French dark ambient act Hiemal produces on ‘The Wanderer’ (and their extended work). The drones and eerie synths emulate the rain and the wind, as they slowly envelop you, unfolding and rolling out over the plains. At times the music just drifts away from you, only to return a moment later with force. Only rarely does the feeling arise of a sudden twist in the sound, rarely does it feel as if this record is man-made, that is what makes ‘The Wanderer’ so elusive, yet fascinating to listen to. In this, Hiemal is hugely successful in this single, over 25-minute long track.

Secrets of the Forest – The Amorphous Concept of Nature’s Essence 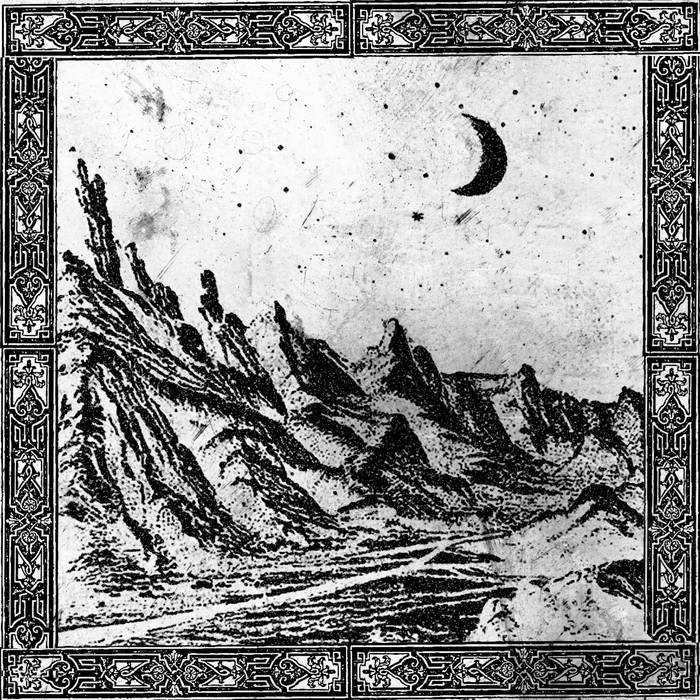 The dungeon synth of Secrets of the Forest is another trek through the woods with eerie melodies in a haze of distortion. Is it the sound of the outdoors or is it actually the screaming of entities that dwell just outside the corners of your eyes? ‘Father Sun’ is a slightly warmer track, opening up the record with rays of light peeping through the hazy sky. ‘Mother Moon’ offers a similar warmth, but more cool and distant, which is the common emotional association with the two. The sound of the synthesizers feels almost brittle, so sensitive and peaceful, yet also steadfast in the middle of the bitter haze and stormy darkness. That’s what makes it so captivating to listen to this record, as it simply takes you to a different place, where the singular beauty is your only hold.