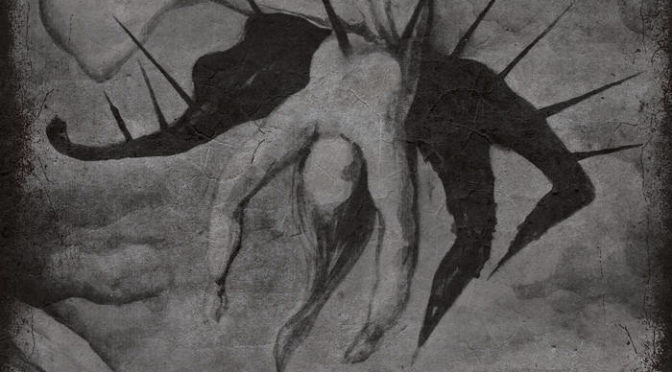 Doom from the Faroe Islands

Hamferð is one of those bands hailing from the Faroe Islands. Isolation begets inspiration it seems because the island nation under the Danish crown has spawned various bands in the metal genre that have made a splash. Tyr being the foremost of course, but Hamferð is definitely not an unknown entity, making songs in their own language for the masses. Members have also been active in Barren Earth and Heljareyga, connected to aforementioned Tyr.

‘Támsins likam’ is the second full length of the doom band, after their 2013 debut. Signed to Metal Blade, the group can hardly be called prolific, but definitely has something in their sound that only seems to be found on these islands in the north, something forlorn and melancholic. Not surprising for a band whose very name refers to the epiphany of dead or missing seamen, of which the tales on the island are rich.

‘Fylgistflog’ opens with the class and stature of a bygone age. Filled with a particular mournful mood, the song remains elegant in its opening. Perhaps the sound is reminiscent of the romantic qualities known from My Dying Bride and ilk. Vocalist Jón Aldará has the quality of a story-teller in his voice, which he uses aptly. The story is that of a family in mourning over a lost child. Supernatural entities visit and torment the family, whose sorrow is expounded through the crushing music of Hamferð. Music that is as heavy and cold as the sea.
When the floodgates open, the band reminds me of Ahab in their nautical element. Wave after wave crashes into you, from the depths of the abyss onward. On a track like ‘Tvístevndur meldur’, the grief is tangible, yet the voice of Aldará breaks through the dark clouds with an almost angelic quality, a light that breaks through the turmoil and chaos. The music never loses it’s composure and remains regal and noble in all aspects. Yet the guitar work is so massive and oppressive at times, that even the listener might give up. Even when the darkness completely overwhelms, the northern beauty of this record remains undisputed when the notes of ‘Vápn í anda’ slowly ebb away.
Nothing but appreciation for this exceptionally immersive, but hard record by Hamferð and its fantastic artwork by Costin Chioreanu.