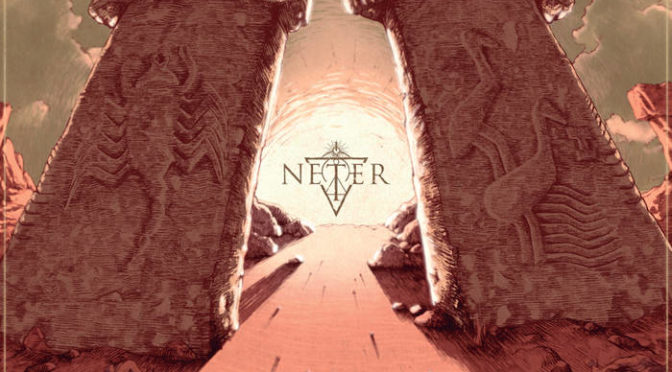 The titanic stone slabs on the cover may suggest a more doomy sound, but Neter plays straight-up death metal and has been doing so for a good 14 years. The band has had some line-up changes through the year but appears to be still going strong with this release of ‘Inferus’.

The production of music will never be called prolific for these guys. That’s fine of course, but with a mere two albums to their name, you’d be surprised to find that there’s not a lot of other projects going on. In no way does that say anything negative about the gents, who produce a solid slab of death metal with this release, reminiscent of Immolation and Nile.

After a gentle piano intro, we launch fully into it, with crushing riffs and melodies, that hint of a mysterious oriental theme on ‘Faceless’. The sound of Neter is threatening, dark and ominous, but also very clean polished and full of technicalities. The thudding drums never seem to stop and prod the songs forward with a steady surge of heavy bass behind them.

Perhaps the tunes by Neter sound a bit stiff after a while. The steady pummeling doesn’t really show much variation, apart from the melodic guitar parts that appear here and there. On a tune like ‘Galvanize’, they are slightly more present, but still swamped by the rhythm section and the barked, guttural vocals. During a song like ‘Endemic Warfare’, it even goes down to a fragmentary presence, as the drums keep hitting hard and pushing the song towards it’s end.