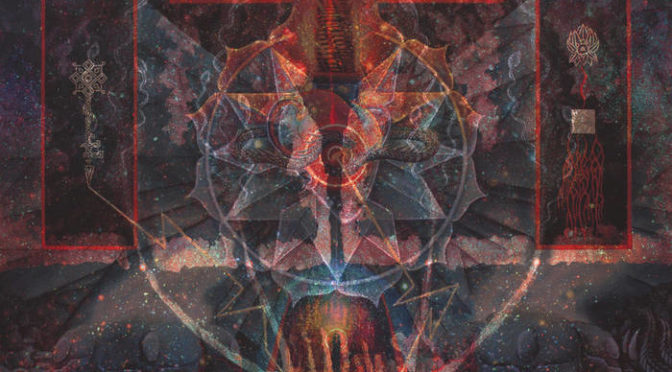 Honestly, one of the most bewildering live acts I’ve seen in recent years must have been Our Survival Depends On Us. It’s a concept, an art, and the simplistic name barely makes you suspect what awaits you on stage in a pandemonium of taxidermy blood and pagan mystery. Though that last is maybe perspective from my end, or simply allegorical as it is on their latest record ‘Melting the Ice in the Hearts of Men’.

The group from Salzburg has released 4 full lengths, all with titles that undermine the hit potential due to their length and complexity. There is a light connection to Austrian black metal heroes Belphegor and many members played in Soulsearch before, which had a penchant for the medieval stories. The sound of Our Survival Depends On Us is unlike any other and well worth listening to.
‘Galahad’ sets the tone with a sonorous lament, that slowly opens up with somber tones and acoustic guitars. The band leans heavily on the folkloristic vibe of classic doom metal here, also in the vocals style, yet the music is much more atmospheric with keys and strings meandering in and out. It makes for a wonderful opener that needs a long time to get to some distorted riffing. You don’t miss that. But when it comes in, it is strong and forceful.
There’s always an apocalyptic edge to the music of Our Survival Depends On Us, something threatening. Yet even though the complexities in the lyrics, the band remains accessible, also on ‘Gold and Silver’ with its catchy guitar solos of ripping guitars. The low levels of distortion in the music really make every little bit count and that’s brilliantly employed.
We move forward with ‘Song of the Lower Classes’, which starts with samples, field sounds, and ambient tunes. The song has a hypnotic vibe with the clangy guitar sounds, that simply bewitch you. Mournfully, the words come to you as if they are a drag, carrying the world’s weariness along. “Down, down we go, we are so very very low…”. It is so powerful, it almost hurts. ‘Sky Burial’ meditates upon the topic of its title in a sonic journey that feels completely psychedelic and harrowing. It feels like a shoegaze-like track until it unleashes itself in a transcendental journey to the skies as the body dissolves. The summit of a sublime album. 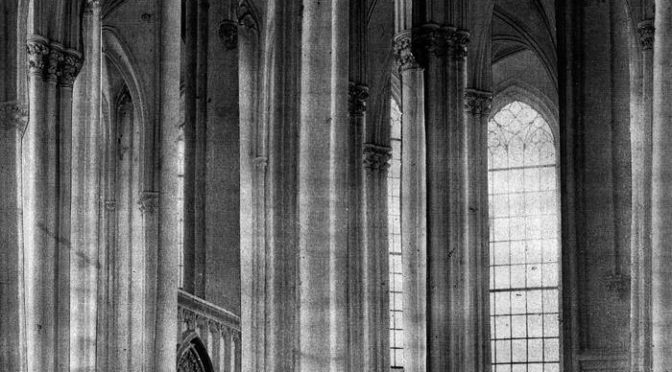 Iskandr is one of the odd ones out in the Dutch black metal scene and on ‘Euprosopon’ they’ve made the next step in complexity, atmosphere, and mystique. The album deals with the topic of the impossibility of an ideal man and the value of strife and heroism in an age of loss. They aim for medieval symbolism on this record, that stands as a timeless piece of art.

Iskandr is a project by Omar K., who is also active in Galg, Lubbert Das, Solar Temple, and Turia. With this project, he explores more strange themes. The name itself is an eastern variation on that of Alexander the Great, which might explain some of that. This is the second album under this moniker.

The record opens much as a ritual, with slow, eerie passages and gentle prayer bells. Chanting emerges from the sides. Are we moving towards Clannad here? The guitars slowly turn dissonant, so I may be wrong as ‘Vlakte’ suddenly lunges into full speed with a remarkably melodic bit of riffing. There’s a subtlety to the sound, to the wavery riffing and the oft barely audible chants, woven into the texture of the songs Sure, there’s a working towards the summit of the song with violent turmoil and energy, but it is ever done with brute force, but smooth technical play. Much the same applies to ‘Regnum’, which contains some more mystique aspects and warm, upbeat sections. The vocals are commanding, but never full of venom, which is remarkably pleasant. I have to point out the Spanish guitar in the end as absolutely exquisite.

‘Verban’ is truly regal in its delivery. A slow-flowing tune, with grand movements and scapes, that lures you in effortlessly. The rattling drums emerge but sound as if covered by a blanket of atmospheric guitar play, dulling their crunch and submerging it into the overall shape of the song. Yet it is ‘Herlwalt’ that takes up that mysterious ending of ‘Regnum’ and weaves an oriental tune around it for close to 15 minutes, with an air of utter mystery and bewilderment for the listener. It is as if the band is taking you to a completely different place, with some truly abyssal black metal as an intermezzo of an obscure, religious meet. As if all fades, bewilderment remains.
Iskandr solidly establishes their name as a surprising obscure black metal band, paving their own way in the field with rich and atmospheric sounds, well worth checking out. ‘Eurposopon’ is a masterpiece in my book.

There are these heart songs that resonate with me more than others, that I can listen to endlessly. Therefor I will discuss the song by King Dude, titled ‘Lucifer’s The Light Of The World’ here. I don’t intend it to be a review, but an expression of thoughts.

Why does the occult so intrigue me? I had this profound experience the first time I listened to heavy metal, again when I listened to martial folk and then when black metal came around it came back to me again. I think a similar feeling occured with punkrock. There’s something special, something unique happeneing when that comes around. I thought it was for finding new extremes, but then this song kinda destroyed that theory. The musician behind it used to be in a black metal band Book of Black Earth, but now changed his course.

King Dude is more a blues musician than anything else. Sure, his themes are on the dark side, but blues has always been a genre with a shady past. Think of Robert Johnson, who made a deal with Old Nick to play the blues the way he did. If that is how things work, then the deal that TJ Cowgill made with Lucifer must have been a good one, because that is some dark and haunting blues the man makes. His last album, titled ‘Songs of Flesh & Blood – In The Key of Light’, was one I got to review that gave me chills and got me puzzled what to name the thing. There’s some Johnny Cash, some Nick Cave and definitely something that is not of this earth.

It was not a song of that album that totally captured me but this one:

Why is this song so overwhelming? Is it the jangling repetition, is it the slightly unnerving set of tones? Is it the confidence and relaxed vibe that Cowgill has when singing this song in a gentle and comforting matter? I feel the latter is very strongly part of that. The lyrics name Lucifer the light of the world, the great comfort, illumination and wisdom. It’s a comfort to bask in this unholy light, to let Lucifer into your heart and warm your bones.

There’s something soothing and warming to the voice of Cowgill, the lyrics make it all feel ok. We all love the light, right? The light is a good thing that will make you feel better. We are part of this world and if Lucifer is the world, then isn’t that alright? I can hardly put to words how warm and pleasant this song feels, even though it has a dark edge to it. You feel like closing your eyes and just bask in the warmth of the sun, it’s like a sunny day where you stand in front of the window and really feel that warm your bones like nothing else really ever does. Lucifer is there for you, making this a song that touches the heart (hence heart songs).

All blaspheming aside, it is a beautiful tune and actually refers to medieval dualism of Christian Gnosticism of the 11th century practiced by groups such as the Cathars or Bogomils. You can read the proper explanation by the man himself in the interview hartzine did. The song is a response to another old blues track by Son House. Regardles, I was a bit scared by this music at first since it enthralled me so easily. I guess there is still some Christian angst inside me somewhere. Its time for me to pick up my book on Gnosticism I guess.

The occult is a refuge for those like me, who seem to be looking for some spirituality that doesn’t clash with certain life views. I do not look for a spirituality that tells me I do wrong, I need one that empowers me and tells me I am right sometimes. Might that be it? Perhaps Lucifer is in fact the light of this world…