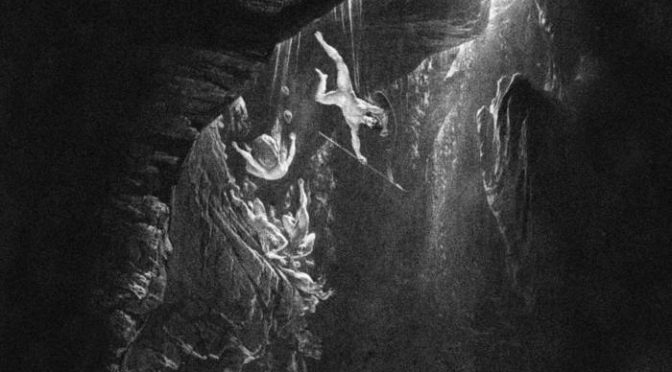 I can’t tell you much about rāhha as of yet. Not that I don’t want to, but the German duo seems to come out of nowhere with this their destructive second EP ‘Descension Ceremony’. Their Facebook page made me none the wiser either so I’m just going to tell you how they sound instead.

So think Germany, think Nachtmysticum, think Mgła, think… well, listen. It combines the atmospheric, the raw and the haunting into one epic journey.

Fire and fury erupt when the EP kicks off with ‘Diocese of Endless Strife’. The sound is cavernous but full and immersive. The vocals are in your face, raw and passionate. They are in power, in control of the depths you’ve plummeted into as the thudding drum starts to hammer away. There is not even any noticeable shift when we move on to ‘Korpsgeist’. If you catch the wave, the sonic exaltation of their song, your in for a rapturous ride as the speed and rising cadence has a sweeping power. I just want to punch my fucking fist in the air and scream until I have the same rattling howl.

‘Empty Chalice of Life’ is another firebrand on the holy houses. Black metal in righteous opposition with all the anger and not a sense of compromise as we launch into the final tune. We delve into ‘A Waxen Image Ritual’, where the raspy voice barks and howls. An immersion into the purest darkness with rapid blast beats, tremolo guitars and and a remarkable portion of catchiness to it. Can’t wait for more from this duo!