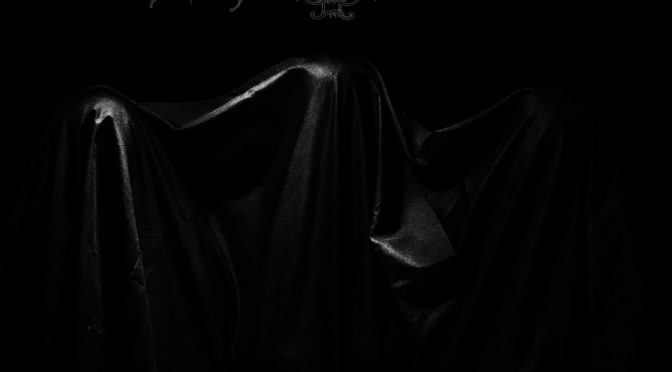 If you bring together Lee Buford of The Body, Kristin Hayter of Lingua Ignota and Dylan Walker of Full of Hell for a project, you’ll get something special. That’s one thing to be certain of and you would know this is if you’re familiar with the relationship between these acts. Kristin Hayter is not someone who takes collaborations lightly and chemistry is essential. The result, Sightless Pit, is an audio exploration of bleak existence and darkness, unlike another on ‘Grave of a Dog’.

The vocal intro to ‘Kingscorpse’ instantly gives you the chills. It’s that weary, forlorn intonation of Hayter that lulls you to a sense of calm. Before you know it, the heavily distorted and gritty vocals overwhelm you over a steady beat. It is pulsating, threatening, dark. An incessant beat that swells and pushes you along into ‘Immersion Dispersal’. You feel as if you’re deep underground at some ‘end of the world’ techno party, where Skinny Puppy worshippers gather.

That vibe is only further enhanced with the ritualistic introduction to ‘The Ocean of Mercy’. It’s remarkable how there’s always tension. Even during the mellow, droney parts of this song with the clean vocals, it’s looming. I have to think of some of the more ambient works by Ulver. The oft angelical singing of Hayter breaks through the haze of noise and crackling effects, providing a new clarity.

Throbbing sounds guide us on ‘Violent Rain’, which takes us back to the minimalism of earlier tracks on the album. It’s a long build-up towards the minimalist piano and a bridge to the much more visceral ‘Drunk on Marrow’. A gloomy, dystopian soundscape, with barking bursts of distortion and pulse that booms in your ears like blood pumping through your veins at full force. In turn, ‘Miles of Chain’ feels more harsh and noisy, with a martial beat that reigns over the roaring sounds and reverberations. It’s a hazy track that turns more sinister and dark as it continues onwards, opening the gate for more darkness to seep in on ‘Whom The Devil Long Sought To Strangle’. Pounding rhythms and minimal, destroyed instrumentations lead us onwards, further down into the pit…

To end up with the sheer magic and tenderness of ‘Love is Dead, All Love is Dead’. It’s despair in its most fragile, hopeless form. A heap of shivering vulnerability, that is left when all is stripped away. It evokes a feeling of guilt, sadness, the sense of inevitableness. We did this, as a world and planet. But that, like anything here, is interpretation, but it’s one based on the power of evocation in this song and the whole album.