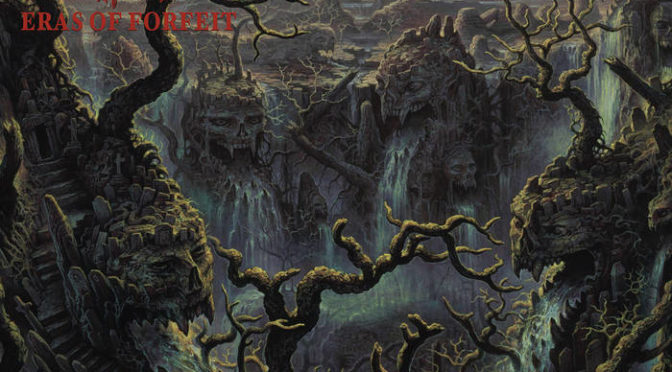 Australian youngsters Unravel are ready to storm the world with their debut album ‘Eras of Forfeit’. The group set forth with a fresh sound in 2015 and has made a few releases since then. However, this is their first full record out on Life Lair Regret Records.

Blending a sound that contains death metal, grindcore and the vibrancy of hardcore, there’s a vitality to the sound of Unravel. Having played with bands like The Black Dahlia Murder to Parkway Drive, these guys clearly have a sound that resonate with whats going on today.

This record just grips me instantly, from the very first rumblings of ‘Arbitrator’. The pace and vibe of the record is much more that of a hardcore record, with its violent breaks and tormented screams. Yet, the ingredients are screeching death metal solo’s, guttural vocals that crack through the surface and an overall catchy groove. Not metalcore, it lacks the slickness to my ear at least. Relentless, the band barrels onward at that energetic, high pace, with ‘No Validation for Violation’. Sheer brutality and muscular riffing.

By the time you hit ‘Mortal’s Thrist’, you are pretty much black and blue from the continuous beatings by Unravel, who never really let down. Every mellower passage only serves to warm up the pit for the next unbridled clash with perfect paced rhythms and guitars that shoot from ominous to an almost jagged, prodding sound that makes you want to smash and destroy. Lyrically the band mostly deals with the fucked up state of the world around us. Fitting, because that should fuel any furnace of anger. This is a record, you shouldn’t play in traffic.