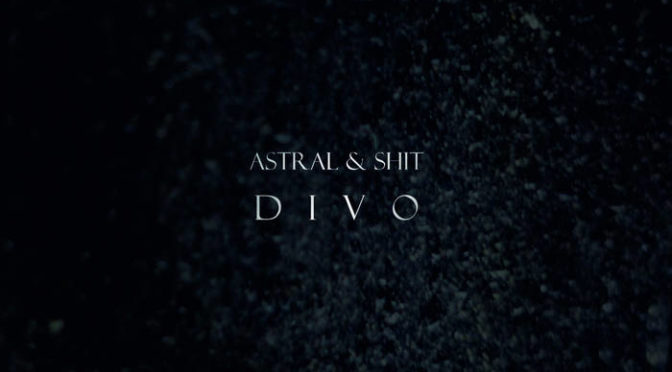 Label: Black Mara Records
Band: Astral & Shit
Origin: Russia
Astral & Shit is not a band name I recommend if you want to make it big, but for an underground ambient project, it works to get the interest peaked and look a bit odd in the big mass of releases. This is their latest release on one of my favorite ambient labels, titled ‘Divo’.
The act in fact only contains one member, namely Ivan Gomzikov, who hails from Nevyansk, a town north of Yekaterinenburg deep into mother Russia. Astral & Shit is extremely productive and releases records by the month it almost seems.
The record opens with ‘Riphean Mountains’, which opens up like the sun going under over a rocky facade. First gently cresting the edges, before becoming fully removed from your vision. Then every sound intensifies, with the nightly sounds and rumblings of the earth around you. Repetitive chirps accompany the droning sounds produced by Gomzikov, enhancing the nightly aura. But the drones keep swelling. The concept of the album revolves around an alien entity, that once came out of the earth. That is Divo, dangerous, but mostly not understood by us.
The drones turn very heavy at times, almost taking up the whole of what you hear, for example on ‘Polota Crossing’, where it simply seems to surge and pulsate as crackling or breaking sounds fill up the sonic gaps. It’s powerful, looming, but most of all fully submerging the listener. It’s the sound of nature, the silent droning you only hear when you are really, really quiet yourself for a moment. That’s the beauty of it.
Logging In...