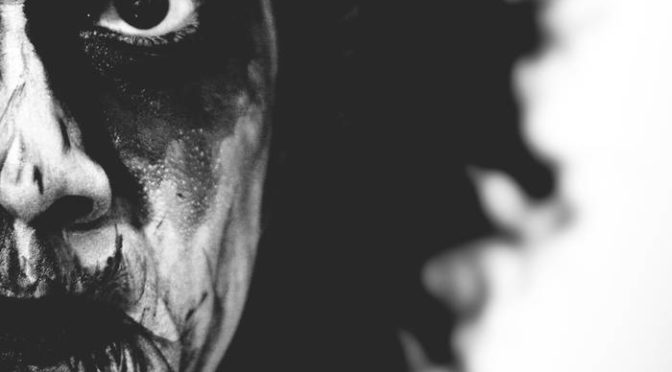 Garhelenth must have a story to tell, since the band is on its third run, currently residing in Armenia after a spell in Georgia. The band now comes on with their latest record ‘About Pessimistic Elements & Rebirth of Tragedy’, which is quite the charismatic release if I may say so.

This is only the second full length for the band, which has been active since 2010. The duo is dedicated to creating true black metal, devoid of any trends or cool sounding niches like DSBM or blackgaze, yet they’ve been lumped in the depressive corner fairly regularly with their dark lyrics concerned with themes of morals and mental states.

An ominous, dark ambient intro with mad, cackling laughter welcomes the listener to the strange realm of this band. After that reception, we launch into it with the song ‘Destruction of the Will’, which sounds quite mellow in a sense. The music forms a continuous flow of ripping riffs that fit together as a fish’s bones in rapid succession. The peculiar chanting is a noteworthy feature, but almost every song has some oddity happening. It’s exactly that, which makes the band stand out a lot.

The barked vocals work well with the particularly melodic and emotive songs and the harrowing riffs on tracks like ‘To Impersonal Mankind’ really do their job. The almost whiny noise, sustains the negative that permeates the sound completely. I particularly enjoyed the slow, threatening pace of ‘Perspective of Exorbitant’, which is strong, powerful, but also on a steady pace full of lumbering drums and grand movements. Even some operatic singing is added to the mix in granting the duo an even more strong sound. An exceptionally strong record, with strong emotional overtones in a classic jacket.