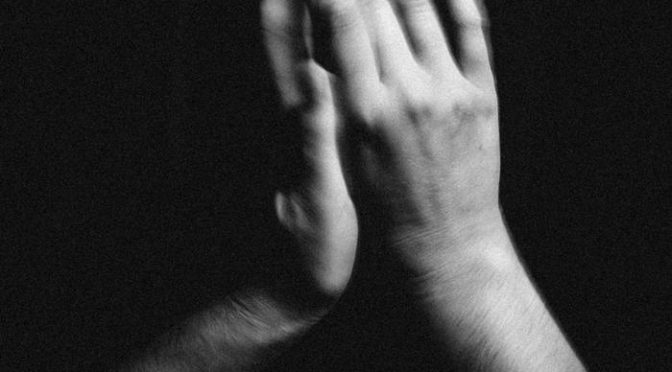 Grey Aura kind of dazzled me with their first release, which I reviewed for Echoes & Dust. The record series is based on a book, created by singer Ruben Wijlacker’s novel De Protodood in Zwarte Haren (The Proto-dead in Black Hair). The records are full of references to cultural pillars like Malevich, the De Stijl movement and this time in title with ‘ 2: De Bezwijkende Deugd’ also Gustave Flaubert.

Other references we read about in the bio are Rimbaud, Bataille, and Kandinsky. The record is also filled with field recordings and spoken word dialogues, done by professional voice actors. These complex efforts towards the narrative of the record are particularly noteworthy and grant Grey Aura an aura of the artistic and complex, which is reflected in their expressive live shows (which I enjoyed witnessing during the 2019 Roadburn festival).
The intro is a dialogue, spoken in terse, serious tones before we launch into ‘De onnoemelijke verleidelijkheid van de bezwijkende deugd’. The vocals of Wijlakker are something to experience, as they rip asunder any black metal cliché. He screams, bellows and then hoarsely speaks as a man lost to the listener as odd rhythms and sounds enter the song and transfigure it into something completely different.
Grey Aura doesn’t shun stepping far over their genre boundaries, as done on ‘Parijs is een portaal’.  Mild Spanish guitar and a jazzy, fresh rhythm evoke the vibe of the Parisian nights. We even get some polka rhythm on ‘De Drenkeling’ a moment later, while the lyrics take the overhand in telling us the story,  which you can find on the Bandcamp page in a more elaborate form. This grand canvas behind the record is what makes it all stick together, even if you don’t know about it. That is the absolute strength of this record in my opinion. It’s internal coherence and consistent delivery of surprising tunes. As you hit ‘Sierlijke Schaduwmond’ little remains, but gentle jazzy music and spoken poetry. Captivating, mesmerizing and enthralling the listener with occasional screams of fury and anguish.
The play ends with ‘De Drenkeling’, a spiraling song of despair, ending in a rigorous march with a fatalistic edge. Marching into the sea, into doom. What will follow?
Logging In...