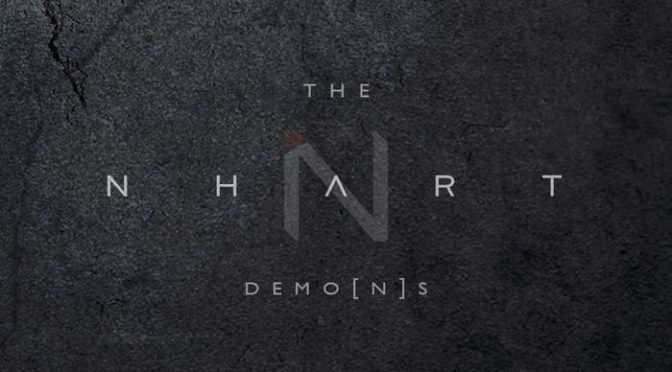 Frozen bits of Reality from NERATERRÆ

Originally this project by Alessio Antoni was started in 2009 under the name NHART. NHART became NERATERRÆ and after a long period of time the music made in those early days is available to the listener. ‘The NHART Demo[n]s’ offer haunting creations from the past that need to be set free. That is what this release is all about.

Antoni also plays in Alma Flua, a band playing pretty straight forward rock and roll. The beast unleashes in this project though, which is a mixture of ambient, death industrial, power electronics, noise and drone. Te record consists of three demo’s from those early NHART days with truly intriguing sounds and sonic experiences to bask in.

The record feels a lot like being way to close to machines and devices in factories. Trains coming through tunnels and engines rattling. Fluid, mechanized and continuous are terms that describe the way the sound moves. There’s little to no song structure present, you simply get the cold, blaring sounds of an industrialized world presented in 4 minute formats. It chops up bits of that reality and freezes them in time. Some tunes follow a more industrial orchestration, but it remains an unpleasant experience.

If you imagine this music as part of our daily surroundings, isolated and ripped from the daily noise, the oddness sinks in. Otherworldly effects are part of what we hear on a daily basis and yet we hardly manage to distinguish them. The sounds NERATERRÆ  captures on this record are testament to our alienated world. It captures a radical disonnect from the many aspects and layers of our daily experience I might read to much into it, but the almost David Lynch-like (check the Eraserhead soundtrack) quality of this record feels particularly confrontational. Dark and full of despair, a record of clarity.