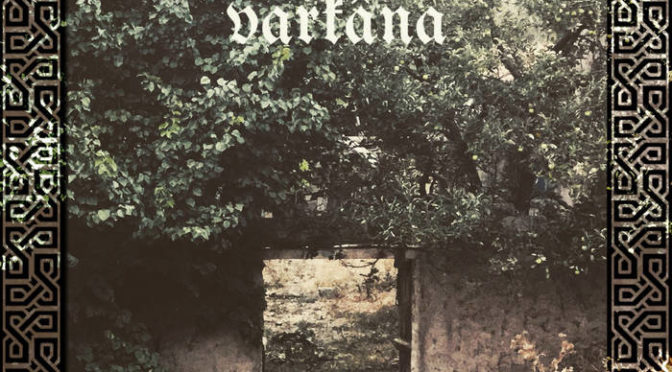 Dungeon synth is a peculiar genre and is being made in strange places. One of the acts I came across recently is Varkâna. The inspiration for their sound comes from Iranian paganism and history, which obviously offers a wealth of inspiration for any artist seeking topics to work with. Varkâna is the old Persian word for a region south-east of the Caspian sea, now known as Hyrcania. A region now partly in Iran and partly in Turkmenistan, which was incorporated in various historical empires.
So, because I was really curious I got in touch with the artist behind the project and I’ll share the reply the way I received it: “It’s based on Iranian mythology and nature. I composed all the tracks when I was away from the city and deep into the vast lands and forests of northwestern Iran, the name varkana means land of wolves which is a part of Iran it’s called Gorgan now which means the same.”
The music of Varkâna summons images of the tranquil beauty that this verdant realm in Iran is. It’s vast forests and radiant green colors. Of course, a few pictures that I could browse don’t cover the full extent of the region, but it links you to the visions that inspired the artist. Mellow drones and calm, thudding drums bring on a trance-like feel. Intricate melodies weave through this flow of sound. There’s an aspect of dungeon synth present in that the music seems to be produced with the traditional software. The music is slightly different though. If only simply in the atmosphere that the sounds and patterns evoke.
On ‘Gathering’ I feel I can actually hear the oriental vibe. It’s the way the heavy reverb of the drum is followed by the cascading music, the little tang right after and the way it fills you with a sense of foreboding.  It’s where you really realize that this is a different place when you stumble upon ancient ruins and imagine the sounds of those past places, obscured in the mists and fog of history.  Mellow folk influences dance through the tunes, which really work the imagination.
There’s a serenity in the music of Varkâna, a peaceful spaciousness. Dream away with forgotten histories and far of lands with this piece of remarkable ambient music.
Logging In...