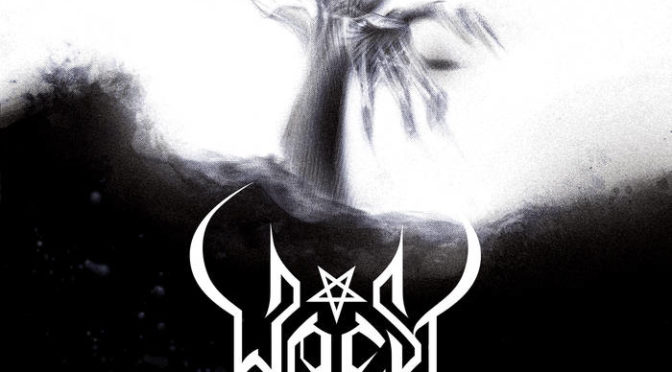 You’d think the mood would be sunnier on the Côte d’Azur in France, but Woest is a band which sounds particularly dark. Hailing from Marseille, the trio, takes their honey from the likes of Mysticum, Blacklodge and Aborym. Yet they sound like their very own type of beast on latest release ‘Le Grouffe’. That translates as ‘The Abyss’ by the way.

Woest has been around since 2016 and has been quite prolific with two released this far. Both sound dense and oppressive, but definitely strong. Their main pitfall might be that they sing in French, yet by supplying English lyrics they kind of tackle that issue and judging by this release, that should be no issue. It’s an absolute killer record, unique sounding and particularly distinctive in this day and age.

The intro ‘Éveil’ is a peculiar reminder of the Mayhem classic as this martial ambient track. It shows a little of what direction Woest has turned to on their new album. And that is a direction that is more industrial, more direct and punishing as is instantly clear on title track ‘Le Gouffre’. The drumming is crushing, pneumatic and reminds me a bit of the Mysticum live shows. Absolutely terrific, as are the joint chants.

Yet, songs like ‘Ô vide éternel’ also have that hatchet, militant sound of the later Satyricon. Threatening, but not in a figurative sense. It’s close, in your face in all intensity. At the same time, there’s so much happening. It’s an exciting narrative on ‘À la gloire de l’immonde’ with interactive vocals, intensifying rhythms and an overall sense of grandeur. The computerized drums have to be something you can get behind though, it has to be said. If you’re a sucker for the traditional bashing, you’ll likely enjoy ‘Spasme de haine’ slightly less. We move onwards to the ‘Tous restera carbone’ and ‘Vagues de Styx’, which carry a steady pace and even mellow sound due to the synths. The vocals are ghoulish, but very in opposition to the haggard emulation of a string section. his is hardly extreme, yet it’s a singular point of rest in an otherwise intense album.

Woest does something remarkable in a stale scene with ‘Le Grouffe’. You should probably listen to it.