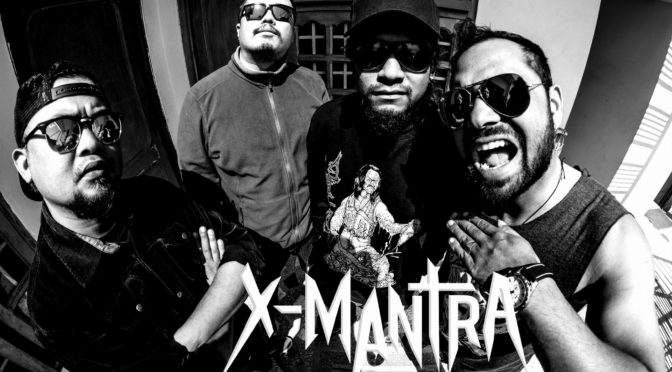 Nepal has had a turbulent history and through those years, one band stood in defiance of the situation. Seriously, rarely will you find a band that has lived through so much. X-Mantra started playing thrash metal in 2000 and immediately was faced with realities that other bands in this genre merely fantasized about. Their album Crying For Peace stands as a testament to that era.

A little history of Nepal, which was already in the throes of a civil war around the time X-Mantra started out. More than 12,000 people were killed in this war that lasted from 1996 to 2006. This is the theme for the first album of the band. In 2001 the monarchy of Nepal started to go down in blood, after a massacre in the royal palace (an inner-family feud), which only heightened the tensions up to 2008. Since then the country has been struggling to become a republic, but that is easier said than done obviously.

Now, a little footnote to this interview. Unfortunately, in this project I get in touch with bands from various places in the world and sometimes language forms a barrier. I’m pretty sure in the e-mails sent between Eindhoven and the United States (the current abode of Rojesh Shrestha, founder of the band) some things got lost in translation. X-Mantra is currently on hiatus, but they’ll be back and are looking to spread their music outside of the mountainous nation of Nepal.

First of, can you introduce yourselves?

We X-Mantra and we are a Heavy Metal Band from Nepal..We play THRASH Metal. I, Rojesh Shrestha, am the founder of the band and I’m answering these questions.

Do you guys play in any other bands or are you starting new projects now X-Mantra is on hiatus?

No, some of our members are out living in US and Australia so for time management we are on hiatus.

How did X-Mantra get started back in 2000? What made you guys get together and decide to make this kind of music?

We were in different bands. We all were sick and tired playing cover songs. As our musical taste wore the same we decided to form a new band and started playing original Nepali Metal songs in 2000. Actually we as a band were form to participate in national music contest.

Where you inspired by Nepalese bands to make metal music or did it come from foreign bands?

No, we all were inspired by foreign Metal bands then.

Can you tell a bit about the start of metal in Nepal and what that scene was like back in the days when you guys started playing? How did metal music come to Nepal in the first place?

For a decade there used to be metal scene here in Nepal. There used to be good bands like Dead Soul and other bands whom we adored. As I mentioned before we wore in different bands some glam rock, some rock and some from metal itself, we decided to come up with our original album so we gathered and started playing original songs.

Metal in Nepal started as by covering the greatest bands like Slayer, Metallica etc.

You guys started playing metal music in what probably is the most turbulent time in recent History for your country. Can you tell a bit about that for people who are not familiar with it? And how did that impact you guys as a band?

We did Political lyrics then starting from our 1st album till the 3rd (2000-2005) As we had our own official legal advisor. The lyrics were too hardcore for that time being, which brought a revolution in Nepali Music Industry in 2000. The literature and the deep meaning took us to the place we are in still.

You guy’s have probably seen it all. The transition from a kingdom to republic, civil war… I think it’s reflected particularly in your early work that seems to be highly political. What was it you were trying to say with for example debut album ‘Crying For Peace’?

Our first album Crying For Peace represents the situation Nepal was in. That was something that no other musician tried to express at that time. We had our offensive lyrics and I think our music was too new for the Nepalese music industry. The album’s motto was to wake up people before it’s too late and kick some fucking ass of the politicians.

Since then, back in 2000, it was political crisis going on. There were no other bands or musicians who sang against the way things were going or dealt with politics and the suffering of people. We hired an advocate and started writing songs about that. But now things have changed, we can now hear many genres artists (from folk/rock/pop/hip-hop) are rebelling against the politics. We thought that it would be the same if we used such lyrics, we wanted to be different…. that’s all. Everyone is using the same words these days, but no voices are heard. So, it’s useless to repeat the same thing again and again. 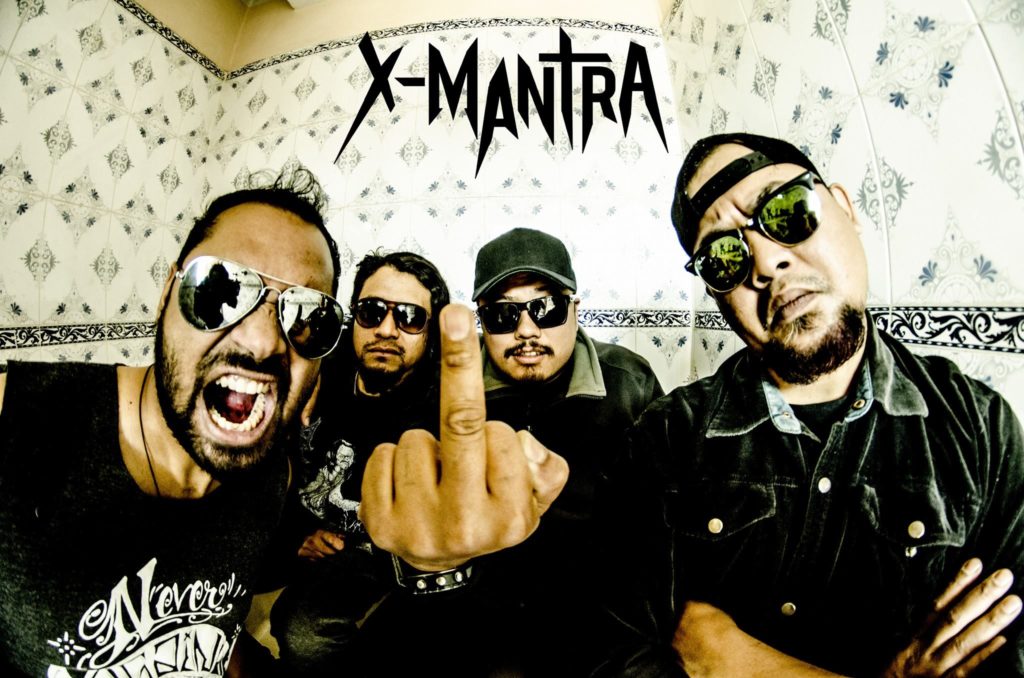 How has the metal scene grown and developed since you guys started out?

We used to organize some underground gigs called Metal Mania which we continued till part-III. There used to be 50-60 people for our show, which was awesome at the time, but now it’s a different story. We have many shows, more than a pop or other musical shows… and it’s too good. Now, we have more than 5.000 people visiting an outdoor show. The new upcoming bands are growing day to day, and we are very satisfied with that!

Nepal is in a way an extreme country, with its mighty mountains, high located cities and such. Do you think there’s a connection between these extreme conditions and the booming extreme metal scene?

No I dont think it does, but it doesn’t harm the Metal Culture in Nepal either. Music has nothing to do with politics or a county’s conditions I think. Doesn’t make any connections within both. We did music in our location in even worst situations of the nation.

I’m intrigued by that history your band went through. In that tumultuous past, did you guys have to deal with controversies and censorship and the like? I imagine not everyone was appreciative of a band trying to get involved in the politics of the time.

Yes, our songs were not played in any radio and television stations then, they used to say “we don’t have the perfect show to play your songs”. But it’s the same problem even now, except 2-3 media houses. Censorship was one of main issues then. As I said, we even got together with an official legal advisor when we released our debut album….. as we were also prepared for all those circumstances. We were also ready in case we’d be send to jail, haha!

At some point you guys really got big in Nepal. I’ve seen footage where you’re working with a rapper and a singer. What was the mainstream appeal that you think X-Mantra holds?

Yes, we did some collaboration at a time that was due to our producers and record label. We were not allowed to release the music we liked and that really SUCKS. We used to be in no 1. charts for months then. We thought to do something new and secondly, those days, the record label used to decide which songs were to be finalized in that moment.

So, after 17 years of playing excellent music, you’re going on hiatus. Why did you guys make this choice and how long do you think the hiatus might last?

Overseas migration problems are the mean reason. Me, being frontman of the band, I continued the band for 17 years without any breaks. Due to my family problems I had to to move to the United States, so we are taking a break for maybe 2 or 3 years from now.

I just moved to here in America and most of our members are in Australia. The current members are in Nepal though. Since I am the founding member I am thinking to continue my band while staying in the US.

Having seen all these youngsters come up in the Nepali metal scene, which bands should people definitely check out and why?

Now every new bands are equally good in both their gear and they are musically strong. Everyone should check Nepali Bands these days without any doubts. All are freaking awesome in their own way.

What future plans do you guys have? Will there be an anthology of sorts of X-Mantra?

If you had to compare X-Mantra to a dish (a type of food), what would it be and why?

We are the crab….. haha….. because we never decided to move on the fast track….let the time roll in its own pace and we’ll catch up with time again. That’s how we define ourselves.